It was called the Nara era in the end century eighth, and was opened Miyakonojo (Heijokyo) in Nara.

The formation and the deepen of a national system of Ritsrei were attempted at this time. Rits Rasei based on the Outstioutami thought intends the emperor and the bureaucrat to rule unified, and is a volume door system for the people.

Group rice field system.The rule such as Totonosei and Sei of the soldier of the army corps was done. Movement to Rits Rasei strengthening develops positively, and the method of III oneself in the eighth first half of the century. 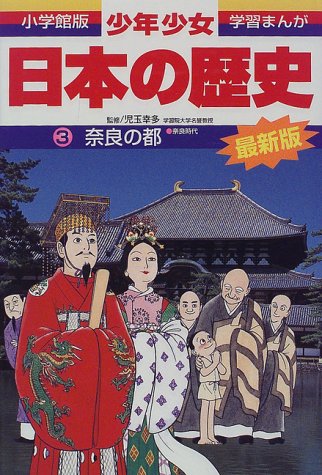 It is thought that the farmland expansionist policy of the private property method etc. was Ta part of such Rits Rasei strengthening for many years.

However, the situation in which the conversion of the Ritsrei rule was urged as the differentiation of the farmer hierarchy started when entering the latter half of the eighth century, and the farmer's escape increased was caused.

Giving is demanded from Silla Kingdom, and Japan tried to be "Education" Ezo and Hayato et al. and to build it in the Ritsrei rule making Silla Kingdom country moreover, and the rise of the Chinese consideration that does Hayato in Ezo and Southern Kyushu in the Tohoku region as Cahaztami, and. On a cultural side, Tenpyo culture that influenced it from the continental culture that another and Japanese envoy to Tang Dynasty China for whom 'Nohonshoki', 'Manyoshu', and 'Topography', etc. had been knit had brought was prosperous.

Defense of the fatherland person thought becomes strong in the Buddhism, and Emperor Shomu's applying and Todaiji Temple. ?The Kokubu temple was built under the pretext of a national maintaining firmly.