When the Edo shogunate power was repelled through the large order and Boshin War, etc. at the Restoration, a court and various clans that had it established a new government (Meiji era new government).

The new government positively introduced various systems of Europe and America, and did various reforms that were called Meiji Restoration like the abolition of clans and establishment of prefectures etc.

Moreover, the culture and the culture of Europe and America were introduced at the same time, and the state was called civilization and enlightenment. 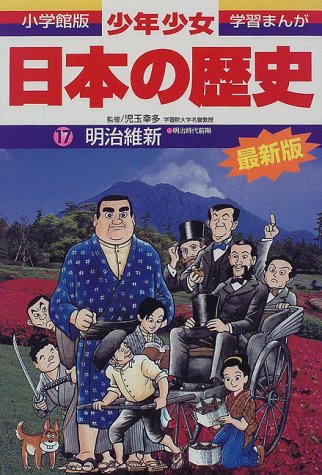 As for the new government, an industrial promotion and the military power strengthening (wealth and military strength) are promoted as a national policy, and the construction of the modern state has progressed to the country system of enactment of this the installation and Dainichi Imperial Constitutions of Imperial Diet etc. maintenance rapidly while tried.

Japan came to occupy the corner of powers after it won victory in the Sino-Japanese War and Russo-Japanese War, and did the annexation of Korea while securing the international status.

A greatly before Edo period different appeared literature of novel based on the individualism that transmitted new study and the art from Europe and America on a cultural side, and did not exist in Japan till then culture progressed.

Past mixed practice of Buddhism and Shintoism was renewed on a religious side (gods and Buddha separation), and the movement of the Buddhism suppression (Haifts Shac) etc. was seen.