Oda Nobunaga expelled Yoshiaki general Ashikaga, and established the Kinai political power that took the place of the Muromachi Shogunate.

However, the whole country union business came for Hideyoshi Toyotomi to succeed to when Nobunaga was destroyed by Honnoji Incident.

Hideyoshi made Nobunaga's Kinai political power a mother's body, repressed the region from Tohoku to Kyushu, and completed the union business. 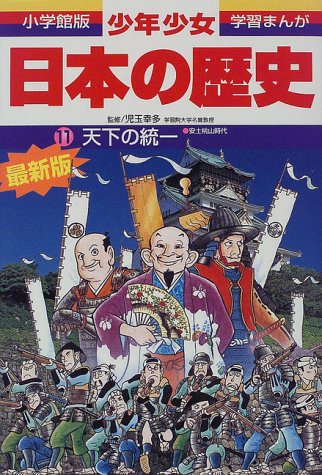 Hideyoshi is a manor public territory system as much as possible to exclude and to control the target rule system in the Middle Ages and the rule power through the execution of Cadastral Surveys by Taiko, too.

The system of the employment was eliminated, and, as a result, the end was faced in the Middle Ages. Hideyoshi executed sending troops to Korea, failed, and the Toyotomi political power where it had the successor problem was made a weakness.

A grand Momoyama culture progressed by centering on a large name and the samurai when the whole country union by Hideyoshi became, and politics and economic stability were brought.