It was called Muromachi Period from about the 14th century to about the 16th century, and was opened the shogunate in Muromachi in Kyoto.

Takauji Ashikaga supports the north morning to the south morning and the Muromachi Shogunate is opened. Grandchild's Ashikaga Mi accomplished the south north morning union, traded discernment on the day, and received the volume seal with a Japanese king.

There are a lot of civil wars by a protection large name, and the war of the discernment morality. 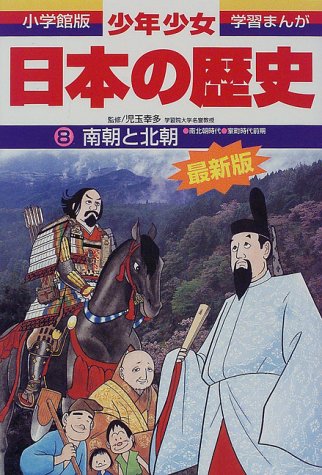 War of Ounine continued, and it entered Warring States Period with the war etc. of the respondent benevolence with the political change of discernment respondent.

It especially becomes strong in this age, and protection that protection undertakes the collection of a half settlement and the land tax in which the half of the land tax of the manor is paid to the shogunate begs and has generalized to Caicoshoc of land by the samurai who started from Kamakura Period.

Moreover, protection to which the authority was enhanced because of the war built the system of rule that came to be called the samurai changed into a substantial lord a protection large name by the subordinate, and was called a protection territory country system. Yamato hit Korea and China in the west. Kitayama culture

The Higashiyama culture etc. prospered, the noh music and the study make arose, and the sumi-e painting was drawn.