The koi was a happy fish in Japan for a long time.

In China, there is a legend of changing koi that climbed the waterfall into the dragon.

Koi has been assumed the symbol of the success in life in Japan based on the legend. 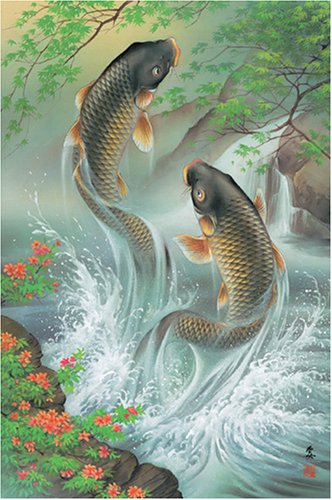 Koi-nobori(Carp streamer):Windsleeve that wishes and sets up the boy's growth.

Koi no taki nobori: Appearance that Koi climbs waterfall.It is famous as the motif of the tattoo. Legend of changing carp in China into dragon if it climbs waterfall.Symbol of the man's success.